I had a drive west in search of some soft snow. The Cairngorms look good from a distance but they are very icy right now. Probably good for climbing but terrible for ski touring.


Creag Meagaidh was plastered but I kept driving to Fersit. Surprisingly there seemed to be less snow on the hill around Loch Treig so I procrastinated for a bit before driving back to Aberarder. If I'd had an earlier start the Creag Meagaidh circuit would have been possible. As it was already 11am and the weather was changing I settled for Carn Liath; the shallow south east coire just east of the summit looked like it might have some good snow. I followed the main Coire Ardair path for a couple of K's before cutting steeply up right and onto the ridge west of the summit. There was some very nice fresh snow on the descent and I managed to heather hop down to about 450M. A quad track gets you back to Aberarder farm. 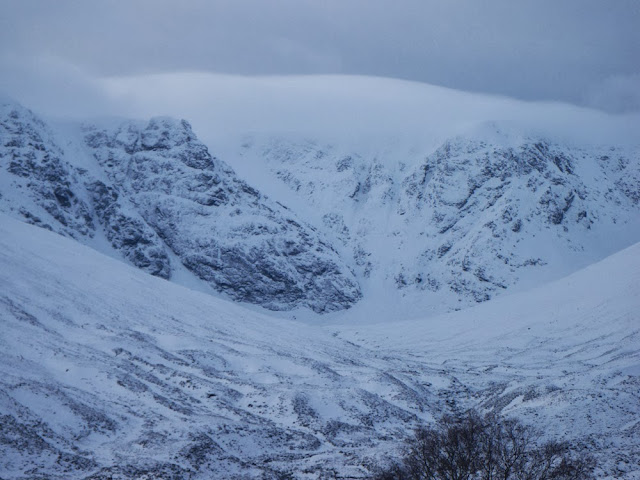